Boxing great Mike Tyson is among the most phenomenal boxers of all time. He was exposed to criminality and street brawls as a result of his upbringing in a rough neighborhood. He even ended up spending time in juvenile correctional facilities multiple times as a result of this. But after focusing his fighting energy on boxing, he eventually came across Cus D’Amato, who coached him and changed his life forever.

Mike Tyson is the youngest boxer in the history of the sport to become the world heavyweight champion. At the age of 20, he was ruling the heavyweight division in boxing. Recently, a photograph of 17-year-old Tyson and 16-year-old Brock Lesnar surfaced on the internet.

Both Tyson and WWE legend Lesnar are regarded among the best in their fields. But this photograph clearly sends chills down a person’s spine after looking at the two athletes.

In the image below, a 17-year-old Mike Tyson can be seen with a neck that is abnormally large for a teenager. Lesnar, on the other hand, has an incredible body and appears fully bulked up. Take a look at how fans reacted to this. 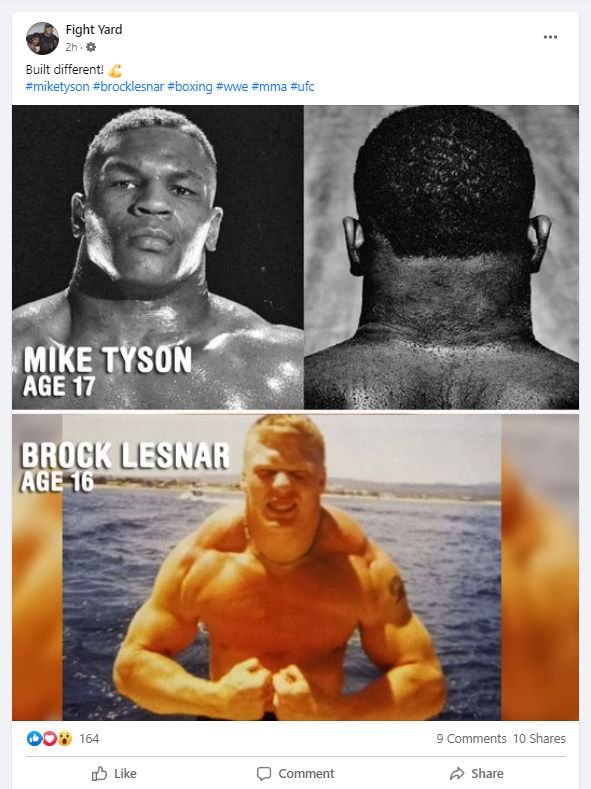 One fan was astonished at Lesnar’s perfect physique at such a young age, and he wrote, “16? Gaww dang he was a stud b4 puberty!!” #brickhousebuilt

While another fan said, “One’s on juice. Definitely built different.”

Someone pointed out Tyson’s neck and mentioned, “Tyson had no neck.”