TAKING to the stage less than 24 hours after the death of his former teen popstar brother, Backstreet Boys’ Nick Carter broke down and sobbed.

During a moving rendition of Show Me The Meaning Of Being Lonely at London’s O2, the boy band star said, “My heart has been broken today”, having learned Aaron, 34, had been found dead in the bath at his home in California on Saturday. 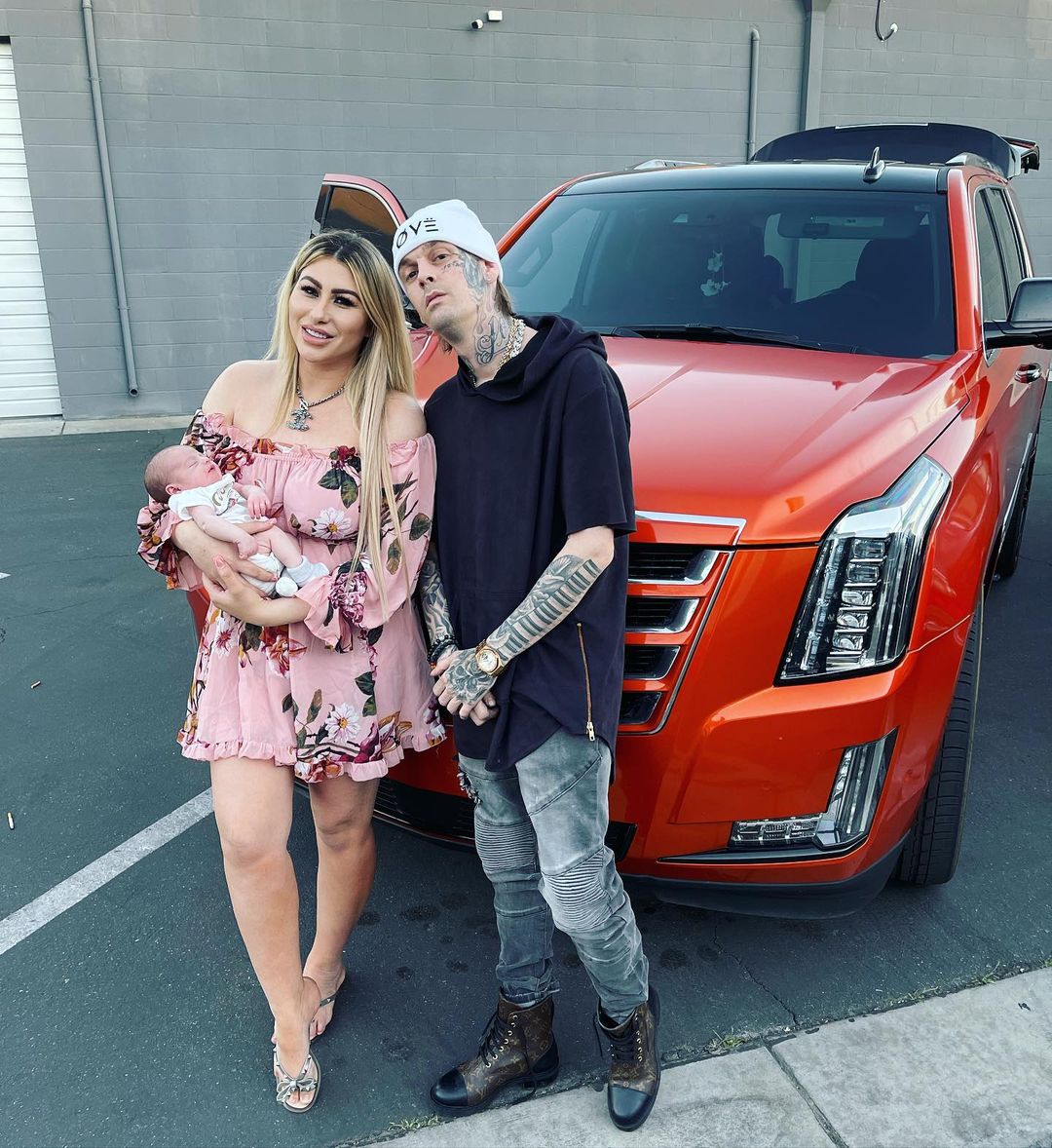 The pair had a fractured relationship, with Nick, 42, once taking out a restraining order against his younger brother.

It was a tragic end for the former teen idol, who sold more than 70million records but was plagued by debt, scandal, addiction and mental illness throughout his adult life.

Having made over £175million as a child star — which he claims was spent by his parents — he struggled with debt after being landed with a £3.5million tax bill when he turned 18.

The heavily tattooed face of older Aaron was a far cry from the cute teen pin-up who drove fans wild in the late 90s and early 2000s and dated actresses Lindsay Lohan, Hilary Duff and Brooke Hogan and Playboy model Kari Ann Peniche.

He first found fame at the age of nine with his self-titled debut album, having toured with the Backstreet Boys as their opening act.

But Aaron, the youngest of five siblings, had a troubled upbringing.

“I dealt with a lot of trauma, a lot of loss, a lot of loneliness. I just felt like I needed to get away.”

He claimed he was sexually abused from the age of ten to 13 by older sister Leslie, who suffered from bipolar disorder and died aged 25 in 2012. At one point he also accused Nick of abusing him, which Nick vehemently denied.

At 18, when he became liable for the huge tax bill on his childhood earnings, he claimed mum Jane and dad Robert had spent the cash, buying a compound of 12 houses and expensive cars.

He said: “I had paid a lot of that money and I never got a lot of those returns back. There was a lot of neglect on my parents’ part.

“They didn’t do a lot of things right but at the same time I felt that money wasn’t everything.”

He also claimed he was left 70 per cent deaf in one ear after his dad fired a Magnum gun close to his head to coerce him into signing a cheque for £200,000.

When his parents divorced in 2004 when he was 17, he said he “spiralled out of control”, becoming addicted to cannabis as his relationship with Nick and the rest of the family fractured.

In 2012 he was devastated by the death of sister Leslie from a drug overdose, and the death of his 65-year-old dad, five years later, caused further trauma.

“It’s really hard because after my parents divorced I was like, man . . .  Everything just spiralled out of control.”

Although close when they were living and touring together, Nick and Aaron fell out when Aaron failed to turn up to Nick’s wedding to Lauren Kitt in 2014, citing “technical issues”.

The pair’s growing feud — often played out on social media — came into focus in 2017 when Aaron was arrested for driving under the influence.

Nick tweeted his support, but it left Aaron angry.

I dealt with a lot of trauma, a lot of loss, a lot of loneliness. I just felt like I needed to get away.

Appearing on a US talk show, dad-of-one Aaron ranted: “My brother had my number and then he tweets, ‘If you need anything, I’m here’.

Following the arrest, Aaron appeared on US health talk show The Doctors, where he was found to be underweight and malnourished. He also tested positive for a potentially dangerous mix of a benzodiazepines with opiates before entering rehab in Malibu.

In 2019, Aaron said he had been diagnosed with multiple personality disorder, schizophrenia and acute anxiety. He also said he was bipolar.

In a tearful therapy session, he said: “I felt like I’d been responsible for the death of my sister, for the death of my dad, for my family falling apart.” Jane added: “I think that that’s one of the things that hurts Aaron the most. He just was so busy with his own life that he wasn’t there, and I think he wanted to be there for them.”

As his mental health declined, matters reached boiling point with Nick, who accused Aaron of making threats towards his wife Lauren.

Nick and sister Angel announced they had taken out a restraining order against him, saying: “In light of Aaron’s increasingly alarming behaviour and his recent confessions that he harbours thoughts and intentions of killing my pregnant wife and unborn child, we were left with no choice but to take every measure possible to protect ourselves and our family.

“We love our brother and truly hope he gets the proper treatment he needs before any harm comes to himself or anyone else.”

As Aaron shook off the teen idol image, he moved into rap and got a series of face tattoos, including the word “freedom” on his forehead, “karma” above his left eye and a large butterfly in memory of sister Leslie.

Months before fiancée Melanie Martin was arrested in 2020 for an alleged domestic assault against him, he had her name inked on his forehead.

The pair, who had dated since 2020, lost custody of the baby after ten months after further domestic assault claims.

Melanie requested a restraining order against Aaron, claiming he had broken three of her ribs, but she later retracted the claim.

Aaron’s body was found in his bathtub by his distraught house-keeper on Saturday. She called emergency services in a panic before greeting officers at the door screaming: “He’s dead, he’s dead.”

Melanie posted a TikTok video of herself crying hysterically as she drove to the house.

Just days before he died, Aaron had put his £700,000 house on the market. In the last two years he had turned to adult-subscription site OnlyFans to raise cash, selling “exclusive NSFW (not safe for work) content” to fans for between £45 and £110.

Sometimes we want to blame someone or something for a loss. But the truth is that addiction and mental illness is the real villain here. – Nick Carter

In September, Aaron entered rehab again in a bid to regain custody of his child and revealed he had thrown away 99 cannabis plants he was cultivating under a medical licence.

He admitted he had “f***ed up” his brain by “huffing duster cans” and had suffered “over 100 seizures”.

“Just being domesticated and civilised and adulting and taking care of my responsibilities.”

Despite their past animosity, Nick says he blames mental illness, not his brother, for their rift.

He wrote in an Instagram post: “Even though my brother and I have had a complicated relationship, my love for him has never ever faded.

“I have always held on to the hope that he would somehow, some day want to walk a healthy path and eventually find the help that he so desperately needed. Sometimes we want to blame someone or something for a loss. But the truth is that addiction and mental illness is the real villain here.

“I will miss my brother more than anyone will ever know. I love you Chizz., now you get a chance to finally have some peace you could never find here on earth. God, please take care of my baby brother.”

Drug that Helps Cure Breast Cancer - Approved for Use