For fans of Olivia Wilde and Harry Styles, it might be time to worry, darling.

On Friday, multiple sources confirmed to PEOPLE that the couple are “taking a break” after dating for almost two years. Though the split is reportedly a friendly one. “He’s still touring and is now going abroad. She is focusing on her kids and her work in L.A.,” said one source. “It’s a very amicable decision.”

“They’re still very close friends,” added the source, while another said, “Right now, they have different priorities that are keeping them apart.”

Indeed, Styles is about to hit the road and head abroad for a global leg of his Love on Tour world tour, after his lengthy stints in five North American cities. Wilde, meanwhile, is based in Los Angeles, where she lives with her children by ex-fiance Jason Sudeikis, daughter Daisy, 6, and son Otis, 8.

Wilde and her children were spotted at Styles’ Nov. 15 concert in Los Angeles, and she was seen there dancing in the crowd as part of Styles’ Harryween Halloween night concert on Oct. 31. The two were spotted kissing in New York in September, despite rumors during the Venice Film Festival premiere of Don’t Worry Darling that they were on the rocks.

Styles and Wilde have been dating for close to two years. Though they never confirmed their relationship publicly, they were first seen holding hands in Jan. 2021 after attending a friend’s wedding together.

The couple met while Wilde was directing Styles in Don’t Worry Darling, a film that left a slew of publicity and wild rumors about their relationship in its wake — from supposition that lead actress Florence Pugh had a rift with Wilde, potentially over her behavior with Styles on set, to reports from Sudeikis and Wilde’s former nanny that Wilde’s interest in Styles (and decision to bring him homemade salad dressing) were the cause of enormous strife in the household, even leading Sudeikis to lay down in front of Wilde’s car to prevent her from leaving.

Sudeikis and Wilde issued a joint statement calling the nanny’s accusations “false and scurrilous” and part of an 18-month campaign against them. But Wilde also stirred the pot, sharing the recipe for the infamous salad dressing on her social media.

Sources admitted to PEOPLE that the level of gossip and scrutiny surrounding their relationship proved challenging. “The public pressure on them has been difficult,” they said. “They’ve had ups and downs throughout the relationship.” 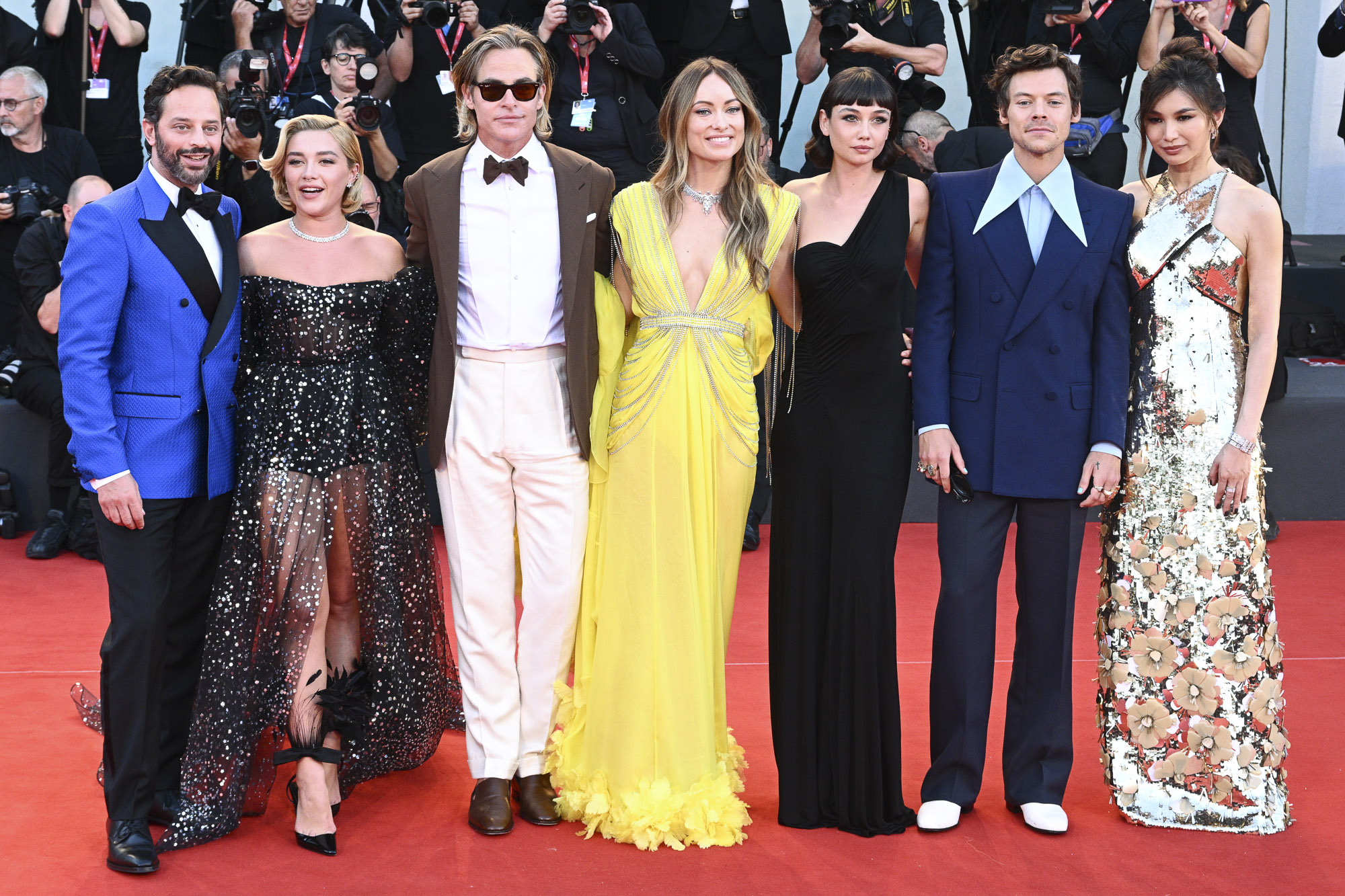 Despite numerous sightings together, the two never confirmed or addressed their relationship, besides reiterating their desire to keep their private life out of the public eye.

“I’ve never talked about my life away from work publicly and found that it’s benefited me positively,” Styles told Rolling Stone back in August.” There’s always going to be a version of a narrative, and I think I just decided I wasn’t going to spend the time trying to correct it or redirect it in some way.”

Wilde expressed similar sentiments in Dec. 2021 in an interview with Vogue, saying, “It’s obviously really tempting to correct a false narrative. But I think what you realize is that when you’re really happy, it doesn’t matter what strangers think about it. All that matters to you is what’s real, and what you love, and who you love.”

Many of Styles’ songs on his 2022 release Harry’s House, including “Cinema” and “Late Night Talking” are believed to be about Wilde. But only time will tell if things are ever able to be the same as it was.

Jhene Aiko Becomes A Mother For The Second Time!

Chris Hemsworth TAKING A BREAK From Acting After Tragic News!