They have set tongues wagging in recent months that they have rekindled their relationship after going their separate ways in 2019.

And Irina Shayk and Bradley Cooper did little to dispel swirling speculation as he joined her at a Self Portrait fashion event in New York on Sunday evening.

The supermodel, 36, looked incredible in a tweed co-ord by the brand, which perfectly highlighted her gym-honed abs.

Irina’s outfit also featured a cropped jacket in the same fabric, which she wore slung over her shoulder.

The Russian beauty kept her accessories to a minimum and wore her brunette locks in soft waves with a natural pallet of make-up.

Bradley, 47, looked typically dapper in a dark denim shirt teamed with a pair of jeans and boots, layered with a black jacket.

The former couple, who have been seen together on several occassions in recent weeks, were joined at the event by Edward Enniful and Stella Maxwell.

The bash was hosted by the brand’s Founder and Creative Director, Han Chong. 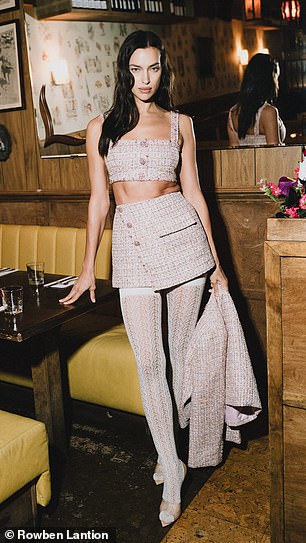 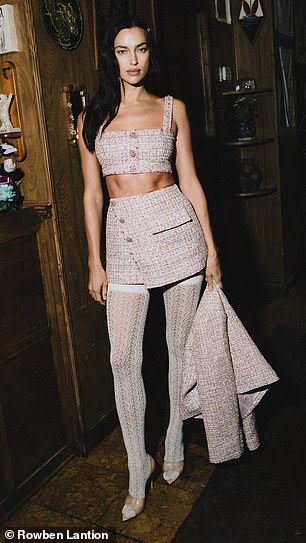 The duo, who dated between 2015 to 2019, have sparked romance rumors for months since she shared vacation photos in the Bahamas together over the summer.

It was reported in August that the Nightmare Alley actor, 47, and Vogue cover girl are mulling the prospect of having more children.

Although they split in 2019, they have remained famously amicable co-parents since then, with an insider telling Page Six: ‘It was a real family getaway and they are considering getting back together.’

The source asserted that Irina ‘would like her daughter to have a sibling,’ and that Bradley is amenable to the idea.

She and Bradley were first linked in 2015 before going public as a couple in 2016, welcoming their little girl in 2017 and then going their separate ways in 2019.

Although Bradley was rumored to be dating Hillary Clinton’s close confidante Huma Abedin, the outlet reports they were only ever casually involved. 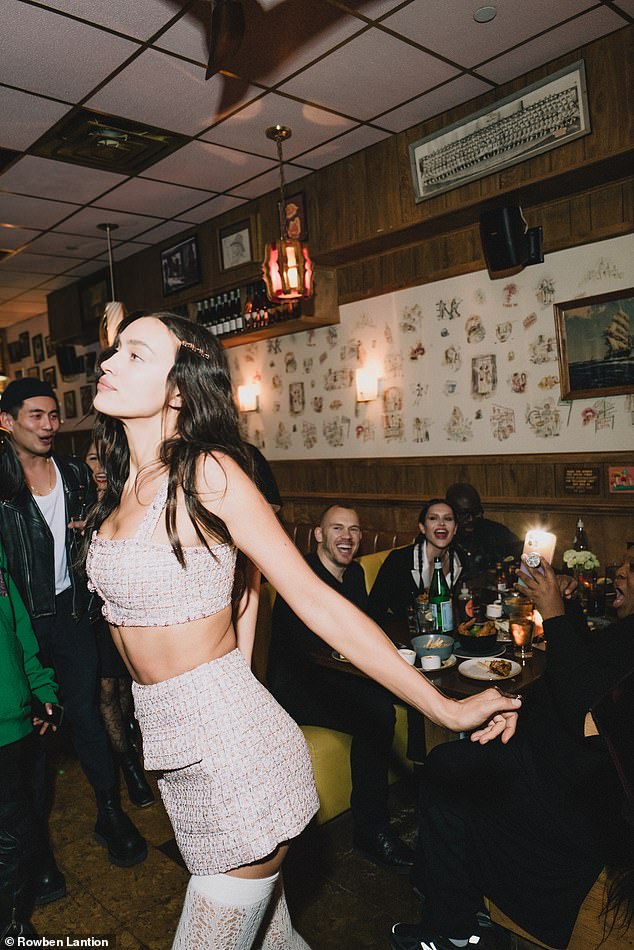 Meanwhile Irina’s dating history includes Cristiano Ronaldo and last year she was briefly linked to Kanye West in the wake of his split from Kim Kardashian.

She rose to game walking for many major fashion brands and becoming the face of the lingerie brand Intimissimi back in 2007.

Kim K. EX Pete Davidson Breaks Down After Getting Friendzoned