Margot Robbie’s breakout role came in Martin Scorsese’s Wolf of Wall Street, in which she played Naomi, the ultra sexy, street-smart wife of Leonardo DiCaprio’s leading man, Jordan Belfort (via IMDb). Portraying Naomi required full-frontal nudity from the then up-and-comer, who cut her teeth at home in Australia as the sweet girl next door on long-running soap opera Neighbours. Although she was proud to nab her first big Hollywood role, getting her kit off didn’t exactly come easily to Robbie. In fact, while appearing on Jimmy Kimmel’s talk show, the Aussie actress admitted she’d lied to her parents about the graphic scenes.

“That was a small point of contention with my family,” Robbie admitted. In fact, she revealed, “I just flat out lied to my family for a really long time. I said, ‘I don’t care what you hear, there is no nudity, I’m not doing any nudity. Ignore anything anyone’s saying, there is no nudity’,” (via the Sydney Morning Herald). The Birds of Prey star even convinced her family CGI had been utilized to put her head on another actor’s naked body, just to save herself from any embarrassment. After all that, it’s not really surprising that Robbie isn’t willing to go nude for just anybody, and that includes the iconic Playboy magazine. 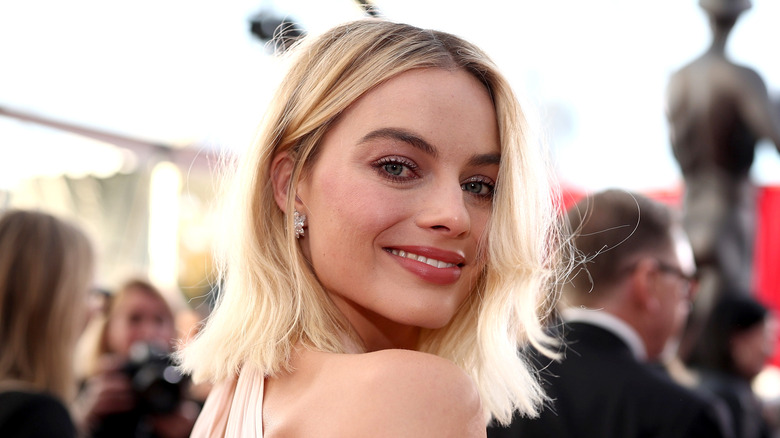 In 2014, Hugh Hefner himself told Us Weekly he wanted Margot Robbie in the pages of his magazine. “We always want the latest, most popular girl of the moment,” Hefner enthused, adding, “We’re ready for her. She would be great.” He also described the actress as “very, very pretty” (lucky her). However, the Hef was ultimately left wanting as the Aussie starlet confirmed during an appearance on a New Zealand radio show per the Daily Mail, that she won’t be going naked again any time soon because, “I’ve put my family through enough.” That’s not to say Robbie isn’t confident with her body, with the actress quipping she looks forward to being in her fifties and showing her children how good she used to look.

As for her sexiest Wolf of Wall Street scenes, the Aussie breakout credits good lighting and a dedicated crew. She revealed to the Sydney Daily Telegraph, “That was not completely my assets. And I had eaten an apple pie the night before, so don’t come to me for diet advice. Just have a whole team lighting you and oiling you and you will look fantastic.” Although her love scenes with DiCaprio looked glamorous onscreen, Robbie informed the Daily Beast that performing on top of a pile of money actually led to a “million paper cuts.” The Birds of Prey star advised sagely, “If anyone is ever planning on having sex on top of a pile of cash: don’t.”

Old Picture of Kylie Jenner Surfaces on The Internet, She Looks Unrecognizable!