Rebel Wilson has taken to social media to reveal she’s just welcomed the arrival of her baby daughter via surrogate.

The Pitch Perfect star posted a picture of her daughter on Instagram.

The caption reads: “Beyond proud to announce the birth of my first child, Royce Lillian, born this past week via surrogate.

“I can’t even describe the love I have for her, she’s a beautiful miracle! I am forever grateful to everyone who has been involved, (you know who you are), this has been years in the making…but particularly wanted to thank my gorgeous surrogate who carried her and birthed her with such grace and care. Thank you for helping me start my own family, it’s an amazing gift. The BEST gift!!

“I am ready to give little Roycie all the love imaginable. I am learning quickly…much respect to all the Mums out there! Proud to be in your club.”

Ever since the happy announcement, friends and fans have been rushing to congratulate Wilson.

“Wonderful news, huge congratulations and what a gorgeous baby. So happy and proud of you RW,” wrote one.

While another said: “Congrats so happy for you, you’re going to be an incredible mom. Welcome to the world sweet Roycie!”

Wilson is currently in a relationship with Ramona Agruma, but recently the pair had to deny that they were engaged.

Following reports that the proposal took place a couple of weeks ago, Wilson explained over the weekend: “Thanks for the well wishes but we are NOT engaged!”

The actress announced she was in a relationship with fashion designer Romana back in June.

In a caption shared with a sweet snap of the pair, Wilson explained she had previously ‘thought [she] was searching for a Disney Prince’, before adding: “But maybe what I really needed all this time was a Disney Princess.”

Wilson ended the caption with the emoji of a rainbow, a symbol of LGBTQ+ pride, and the hashtag ‘love is love’. 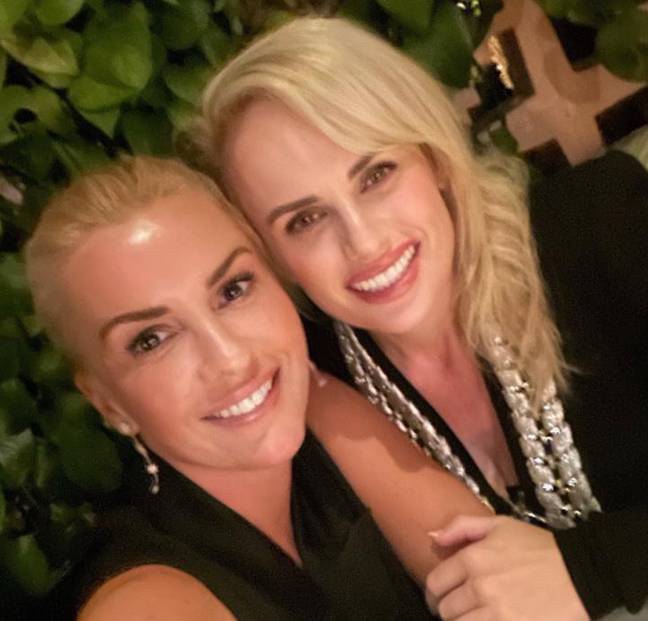 Prior to her romance with the fashion designer, Wilson is known to have dated businessman Jacob Busch, from who she split in February 2021 after four months of dating.

Last month, Wilson told People she had been set up with her new partner ‘through a friend’, though kept quiet at the time about who her relationship was with.

“I think that escalates things quicker, [meeting someone] from a trusted source,” she said.

“So then you’re like, okay, I can trust this person, that they are legit, they are who they say they are – which is something on the [dating] apps you don’t really know.”

Kendall JENNER Rocked A Cheeky Dress At An Event