As awards season begins to heat up, all eyes will be on the 95th Academy Awards when they are broadcast to the world on March 12, 2023. Just like in years prior, ABC will be the home of the annual event, promoting the best that the film industry had for audiences in 2022. According to a report by Deadline, previous host Jimmy Kimmel has been tapped to yet again host the Oscars; a third round for the late-night talk show staple.

Known for hosting Jimmy Kimmel Live! on ABC since 2003, Jimmy Kimmel previously hosted the Academy Awards in 2017 and 2018. He leapt to the stage in 2017 after the Best Picture winner was declared by Warren Beatty and Faye Dunaway to be La La Land, instead of Moonlight which actually ended up taking home the top prize. In 2019, 2020, and the pandemic-era 2021 broadcast, the Oscars went hostless, so Kimmel will be the first host the awards show has had since the last time he took the stage.

Jimmy Kimmel will have his work cut out for him as host, as the Academy Awards have had a rough go at courting audiences in recent years. Many moviegoers have stopped going to movie theaters altogether, especially because of the COVID-19 pandemic that forced major Hollywood studios to abandon theatrical releases in favor of streaming their awards contenders on platforms like Netflix, HBO Max, and Amazon Prime Video. As a result, some movies that debuted on subscription streamers in the last few years like Roma, CODA, and The Power of the Dog have seen multiple nominations at the Academy Awards, with CODA taking Best Picture for Apple TV+ earlier this year. 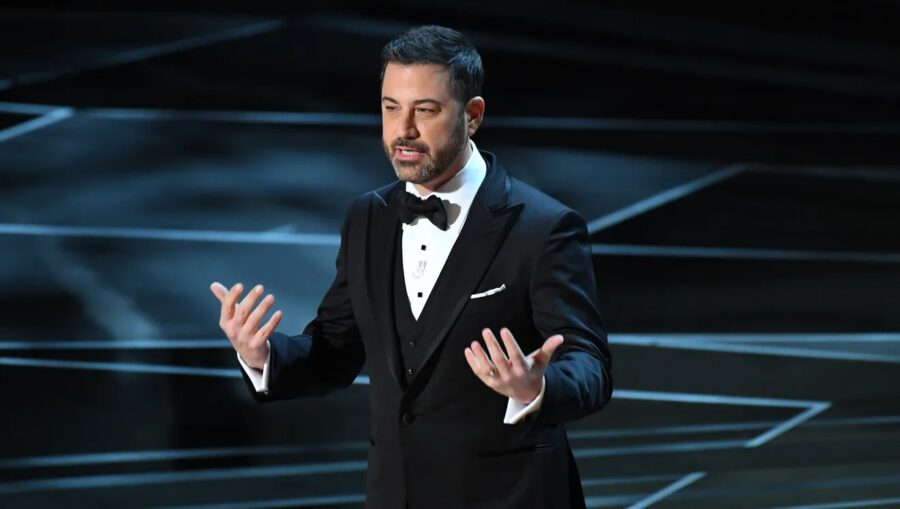 However, Jimmy Kimmel will most likely not have any trouble coming up with jokes for the 95th Academy Awards, mainly because last year’s show provided enough fodder for a year’s worth of comedy. Will Smith, prior to receiving the Academy Award for Best Actor for his lead performance in King Richard, decided to slap comedian Chris Rock on the face for a joke made at Jada Pinkett Smith’s expense. The incident, now known as “The Slap,” will more than likely come up in Kimmel’s monologue and introduction at the top of the show as it was a pop culture moment to say the least.

Will Smith has been banned from attending the Academy Awards for the next 10 years, but he might be nominated at the 95th Academy Awards for his work in the upcoming drama, Emancipation. Jimmy Kimmel will no doubt take advantage of commenting on this fact if it comes to fruition, but the show will also highlight some other performers whose attendance may be a first in their careers. This year, some actors up for possible nominations could be Brendan Fraser for The Whale, Colin Farrell for The Banshees of Inisherin, Austin Butler for Elvis, Michelle Yeoh for Everything Everywhere All at Once, and Danielle Deadwyler for Till.