A groom was labeled “a walking red flag” after a wedding day prank on his new wife went viral.

A TikTok video of the groom smashing a piece of wedding cake into his bride’s face has appalled users who said the man was too aggressive.

The bride who posted the video, however, said it was all in good fun.

“It’s official we’re mr and mrs price [sic] he got me back for doing it to him good and propa love my ars–hole of a husband,” Jade Kennedy wrote in the caption.

In a video, the groom walks over to the couple’s wedding cake and grabs a slice with his bare hands before running over to Kennedy who tries to run away from her new hubby.

She runs away but is backed into a corner where she puts up her hands and looks to plead with the groom to spare her dolled-up face.

But the groom doesn’t let up and rubs the cake into her face as she falls back onto the ground.

He helps her up as she laughs but walks off before another person comes to help clean off the red cake on her white dress. 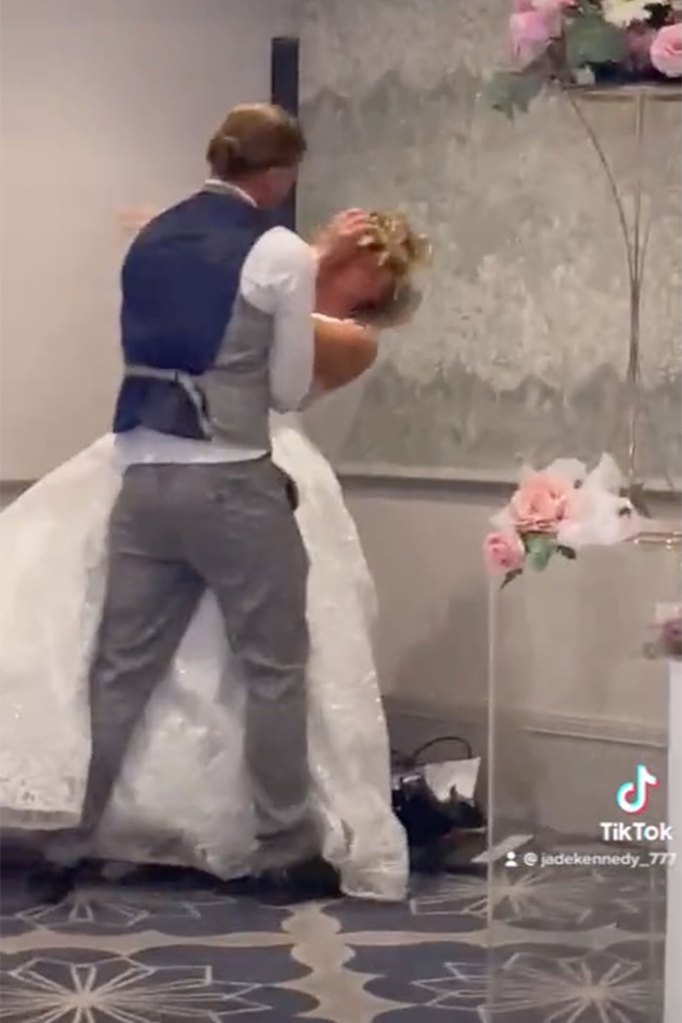 Kennedy opted to turn off commenting on her video, but another user featured the footage and said she was shocked by the groom’s behavior.

Others condemned the man’s prank in comments on Xtina’s duet video.

“Too aggressive, my dad would have knocked him out,” one wrote.

Brides often spend hundreds of dollars on their hair, makeup and wedding gown for their special day.

“It [sic] a very special day for a woman. She gets her hair all pretty, makeup done flawlessly, looking like a princess.. only to have it ruined like that,” another commenter said.

“Nahhhhh that would of been the shortest marriage ever,” a woman wrote.

Everything about Aaron Carter's Son Afroman Falling Off The Stage Is The Funniest Video You’ll See Today ! Jhene Aiko Becomes A Mother For The Second Time!