Toni Terry looked sensational on Saturday as she showcased her bikini figure while lounging in the sun during a family holiday to Dubai.

The WAG, 41, slipped into a skimpy black two-piece as she chilled out reading her book on a terrace overlooking the sea.

The blonde beauty shared the glamorous snaps to her Instagram as she swept her long tresses out of her face and sheltered from the sun behind a pair of dark glasses.

Earlier this week, Toni also shared snaps of herself relaxing on a sun lounger in the pool while soaking up the sun with her former footballer beau John, 41.

Taking to Instagram, the proud mum shared a plethora of images from the getaway with their 16-year-old twins Georgie and Summer, captioning her post: ‘Making memories with my beautiful family in Dubai.’ 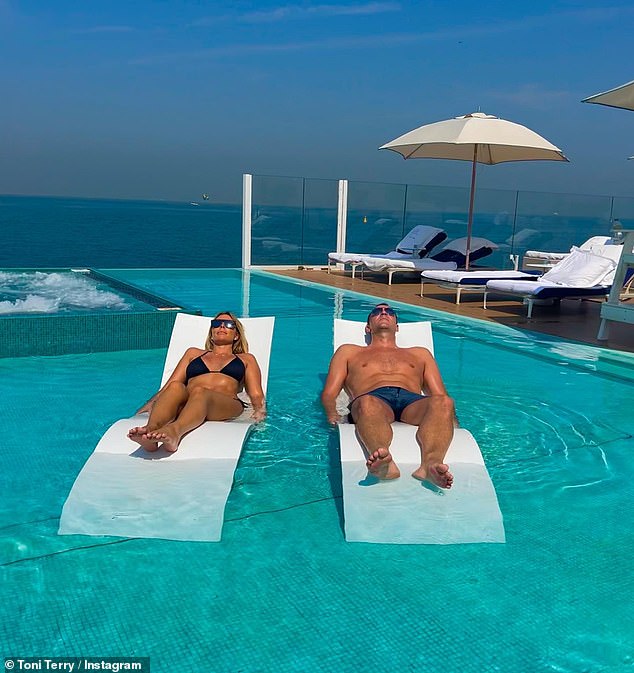 The couple certainly looked to be enjoying their downtime as they both donned sunglasses, with John showing of his toned, shirtless physique.

Other images in the post saw Toni posing for a fun selfie with her twins, while the duo were also seen kicking back on a day bed in the sunshine.

The family also got adventurous during the trip, with a snap seeing the four of them don helmets as they rode quad bikes in the desert. 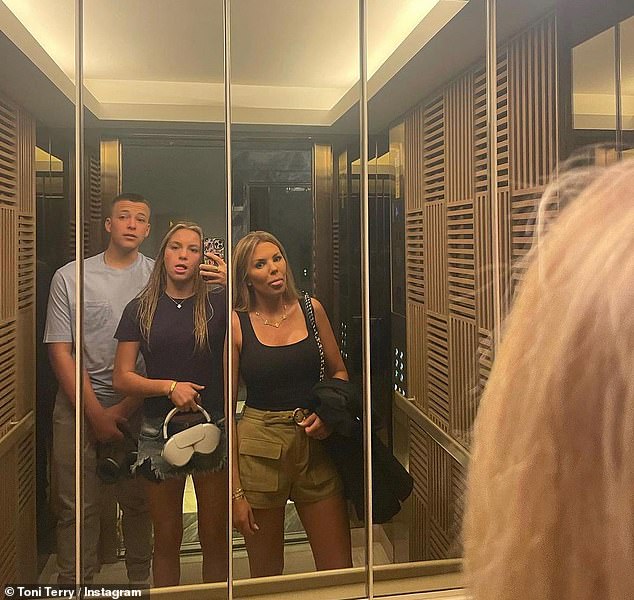 Recovering from her high-energy excursion, the beauty also took to her stories to upload an image of her taking a dip in the hot tub as the sun went down.

Toni’s post was met with a plethora of positive comments from her followers, including her own husband who posted heart eyes emojis. 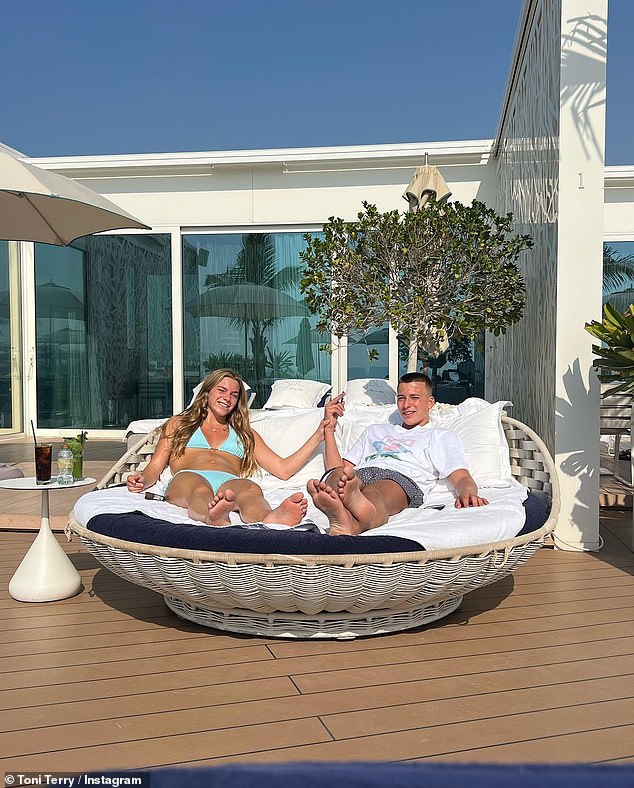 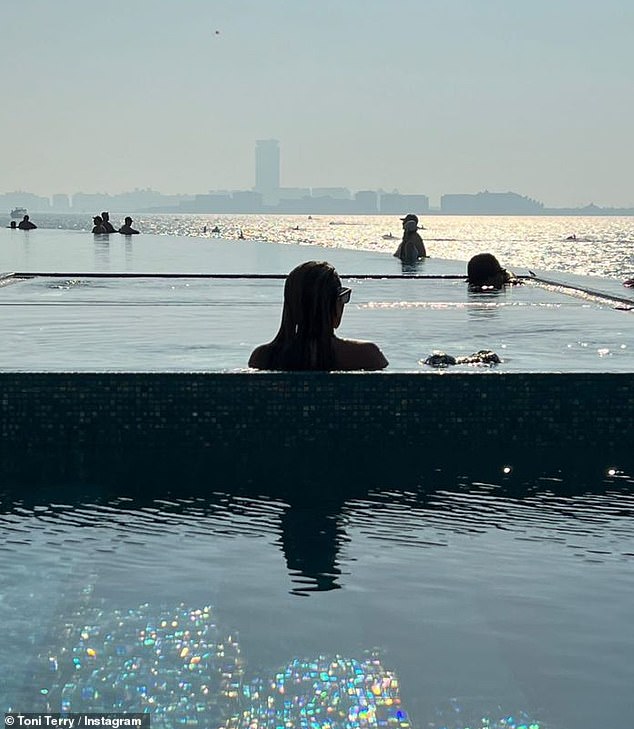 The WAG, 41, showcased her jaw-dropping figure in the pink green and gold patterned number as she lounged on a yacht in Portugal during a recent trip.

Toni had her toned abs and lithe legs on display while topping up her tan on the luxury vacation.

Toni also donned a gold necklace with a floral embellishment and a pair of matching earrings.

Letting her blonde locks fall loose down her shoulders, the media personality completed her look with gold bracelets.

Speaking previously to the Sun about their relationship, Toni said John was earning just £48 as a Chelsea apprenticeship when they first met.

‘We hit it off straight away and I thought he was very nice. I had no idea he was a footballer to start with until I began seeing him on the TV.

‘We started going out for dinners. I would always pay because he didn’t have much money. He would come and pick me up in his tiny, blue ­Citroën Saxo. It was a simple life,’ she said.