Mike Tyson was almost ironically knocked out, after comically falling off a skateboard in front of skateboard icon Tony Hawk. Hawk seemed to be teaching the heavyweight boxing legend how to skateboard while recording Tyson’s podcast, Hotboxin With Mike Tyson. 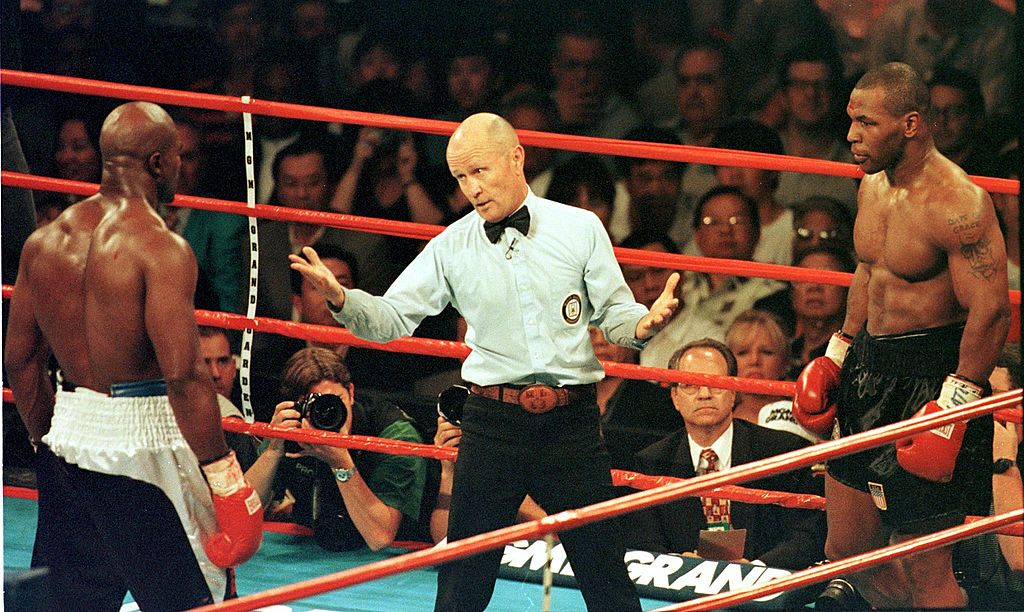 The 56-year-old became the youngest heavyweight boxing champion in the sport’s history, a record that still stands. According to ESPN, he won gold medals at the 1981 and 1982 Junior Olympic Games.

In 1997, Tyson famously bit Evander Holyfield’s right ear in the third round. He then bit Holyfield’s left ear when the round resumed during a heavyweight rematch.

Tyson and skating legend Tony Hawk were having a little chinwag, before the legendary boxer jumped on the skateboard with boundless enthusiasm.

Things started to go awfully wrong when he started to shift backwards and started uttering, “Oh, I better stop this.” He then crashed into the wall and landed on the leather seat close by, according to the Daily Mail. To avoid being seen scampering, Tyson hilariously tried to play it down since there was someone in the background. He said, “I’m okay; nothing happened.” Hawk was smiling on the sidelines too. Tyson later posted the video on Instagram, saying the seat saved him.

“Lucky that chair was there, or it would have been a repeat of the hoverboard scare.”

In 2015, Tyson tried to ride on his daughter’s hoverboard, which ended badly, as he didn’t have a chair to land on.