Former Playboy chief Hugh Hefner paid $75,000 (£63,000) to be buried in a grave next to Hollywood star Marilyn Monroe, despite the fact the pair never actually met. Check out the full story here:

There’s a bit of a dodgy side to this tale, because Hefner not only never met Monroe, he once famously made her a Playboy centrefold after buying up some nude photos of her that she had agreed to have taken when she was really short of cash.

Later, when she was one of the biggest and most recognisable stars in the world, Hefner then plastered those pictures all over his magazine and without telling Monroe, who later said she even had to buy a magazine so she could see for herself.

Add that to some of the other things that have been alleged about Hefner recently, and you can see why it’s a bit weird and disconcerting.

Hefner died in September 2017, and his remains were interred in a crypt at the Pierce Brothers Westwood Village Memorial Park cemetery in Los Angeles.

However, it seems as if he’d made his decision years beforehand, having told the Los Angeles Times in 2009: “I’m a believer in things symbolic. Spending eternity next to Marilyn is too sweet to pass up.” 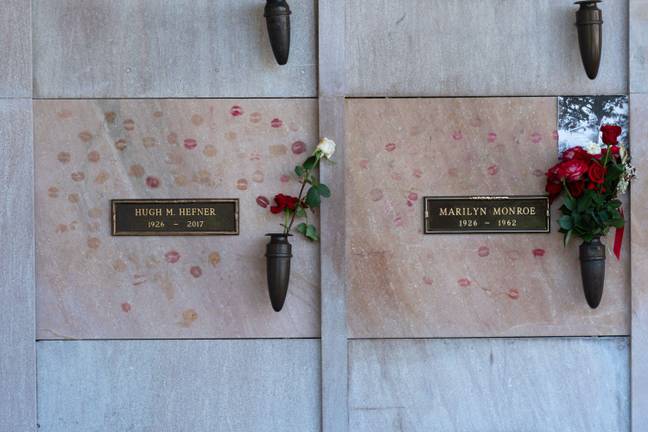 He also confirmed that he paid $75,000 for the spot next to Monroe, much to the chagrin of feminists who pointed out that Hefner published the pictures of her nude without her consent and without giving her a penny.

In fact, when she agreed to the photos in 1949 she was only paid $50 for them, and had asked for the photographer to try to take them in such a way that she wouldn’t be recognisable.

Hefner later paid $500 for them, and stuck them as the centrefold in the first ever Playboy magazine.

In a book about her life, Monroe is quoted as having said: “I never even received a thank-you from all those who made millions off a nude Marilyn photograph.

“I even had to buy a copy of the magazine to see myself in it.

“I admitted it was me who posed for that nude calendar even when the Fox executives became nervous and believed this would cause the ruination of any films I would appear in and also the end of my movie career.

“Of course they were wrong.

“The fans, my public, cheered when I admitted it was me, and that calendar and that Playboy first-issue publicity helped my career.” 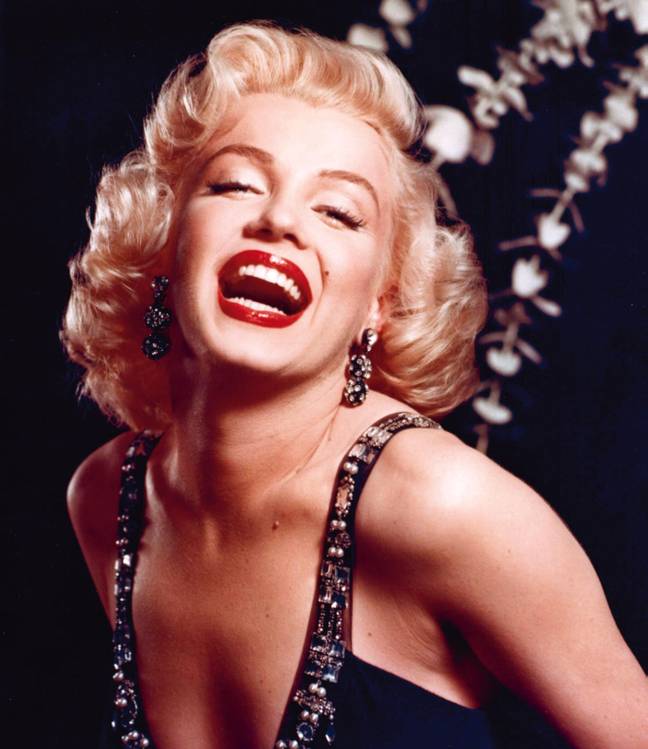 Upon release, the scandal was huge, but in the end it didn’t harm Monroe’s career, whilst it sent Hefner’s skyrocketing.

In 2011, Hefner told Piers Morgan: “She was actually in my brother’s acting class in New York. But the reality is that I never met her.

“I talked to her once on the phone, but I never met her. She was gone, sadly, before I came out here [to California].”

Afroman Falling Off The Stage Is The Funniest Video You'll See Today !